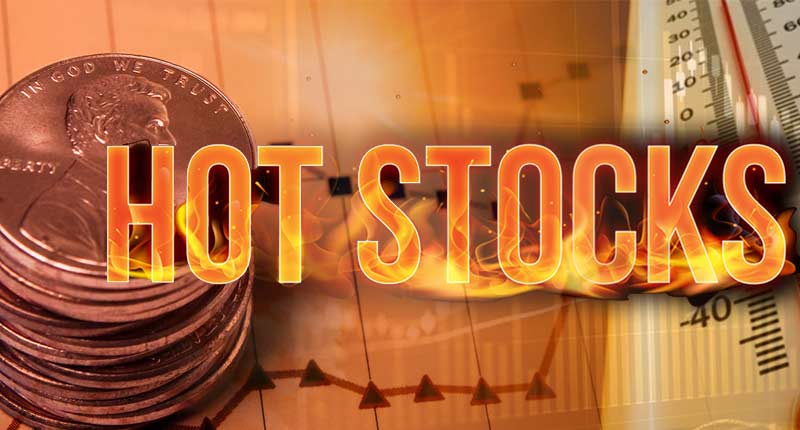 Analysts say 10 stocks in the S&P 500 Pure Growth index, including industrial Generac (GNRC), Signature Bank (SBNY) and Diamondback Energy (FANG), stand to gain 25% or more in the next 12 months, says an Investor's Business Daily analysis of data from S&P Global Market Intelligence and MarketSmith.
If that's right, it would mean investors could score a return that's more than two-times greater than the S&P 500's typical one-year return. And that would be a welcome change for pummeled growth-stock investors. The SPDR Portfolio S&P 500 Growth ETF is still down nearly 18% this year — despite a recent rally in July.
Some think the recent positive jobs report makes a case again for growth. "A recession now looks less likely or, at a minimum, farther away. Those wages will be spent, which will keep the economy growing," said Brad McMillan, chief investment officer for Commonwealth Financial Network.
S&P 500: So Bad It's Good?
Some are hoping the S&P 500 is now finding levels that would soon put your watchlist of stocks into action.
History is optimistic for stocks. The S&P 500 dropped more than 16% during the second quarter, says Ryan Detrick, chief market strategist at Carson Group. That's one of the worst quarters ever for the S&P 500.
But he points out a silver lining to such a dismal quarter. A year following a quarterly drop of 15% or greater, the S&P 500 has subsequently rallied in the following year every time. Not once has the S&P 500 fallen in the year after a quarterly drop, he says.
And the gains are usually large. The S&P 500, on average, gained 26.1% in the year following a quarterly drop of 15% or more.
So what kinds of growth stocks in the S&P 500 do analysts like most?
There aren't many pure growth stocks left in the S&P 500. Just 56 remain, as falling valuations this year pushed more S&P 500 companies into the value category.
But of those remaining growth plays, analysts like power generator firm Generac the most. Analysts think the stock, which lost a third of its value this year to 245.61 a share, is really a 356.60-a-share stock. And if that's right, it would  imply upside of more than 45%.
And there's profit growth to back it up. Analysts think Generac will make $12.03 a share in 2022. That's up more than 25% from the $9.63 a share the company earned in 2021.
Another favorite growth stock is a surprising financial play. Banks are usually dividend and value stocks. But Signature Bank lands in the S&P 500 Pure Growth category. Shares are off 41% this year to 187.91. Analysts, though, think it should trade for 267.06 in 12 months. If that's right, it would be potential upside of more than 42%.
Analysts think the company's profit will jump more than 43% this year to $21.63 a share. It only yields 1.2%. That's low for a financial.
Analysts, too, are finding energy growth plays. And that's despite a massive run in the shares already.
Two of the 10 S&P 500 Pure Growth stocks analysts like the most are in the energy sector. That includes Diamondback Energy, which is up more than 13% just this year to 122.10 a share. Analysts, though, think Diamondback's shares will gain another 40% in 12 months to 171 a share.
And talk about profit growth. The energy exploration company is seen earning an adjusted 26.52 a share in 2022. That's up more than 135% from 2021.
Could the S&P 500 growth rally run into a snag? Are analysts even right? These are legitimate questions. But one thing's for sure: even if there is a recession, but if it proves to be mild, the S&P 500 will recover. And fast, if history is any guide. And you won't want to miss out on that.
S&P 500 Growth Stocks Analysts Love

It may not get the publicity it once did, but Microsoft’s tech is everywhere. And the company’s cloud computing expertise should allow it to earn a fair chunk of a market that tech research firm Gartner says could grow to more than $360 billion in 2022.

Cloud computing is both the present and future of business. In companies of a certain size, it’s a must; they simply don’t have the option of cutting back on reliable cloud services — and Microsoft’s Azure definitely qualifies — just because inflation is driving prices higher.

In fact, it was growth in Azure revenue that helped Microsoft smash its revenue target by almost $3 billion in the second quarter of 2021. This year, the company’s stock is up 56%.

You might be able to put off the purchase of a new Windows laptop because of higher prices, but thousands of companies running Azure don’t have the same flexibility.

On that note, if today’s high prices are tempting you to stop buying stocks, remember you can always build a portfolio using nothing more than your “spare change.”
PayPal

Just because prices are going up, it doesn’t mean people have cut back on using PayPal. The online payment leader processed over $1 trillion worth of transactions in the last year, taking a tasty little nibble out of each one.

Inflation is actually great news for PayPal. It can collect higher fees from each payment without having to raise prices on its own.

PayPal has set itself up for long-term success, too. In addition to the 32 million merchants who use its primary services, the company has expanded into credit cards, QR code payments and point-of-sale software, making it a player both on- and offline.

PayPal stock is hovering around $190 a share. That’s down about 18% since the beginning of the year — but if it’s still too pricey, you can always use an app that allows you to buy fractions of shares. That way you can invest with as much money as you’re willing to spend.

And if you’re going to roll the dice on a bank, going with America’s largest isn’t a bad strategy.

JPMorgan just wrapped up a solid third quarter, with a 19% increase in deposits year-over-year, net interest income beating expectations by around $200 million and investment banking revenue up 50% versus the same period last year.

And that was all during a period when interest rates were at record lows. A little tightening by the Fed, and things could be looking even sweeter.

JPMorgan stock has been on a tear this year — it’s up 30% since the calendar flipped over — so if you’re planning to nab some shares, waiting may not be in your best interest.

Advanced Micro Devices Inc. (AMD) announced earlier today that it had secured a partnership with Meta, formerly known as Facebook. Its partnership with the social media and metaverse giant has sent its stock price soaring since the US market opened a few hours ago.

AMD securing a deal with Meta is a huge deal for the chip manufacturer, giving it an edge over the other competitors such as Qualcomm, Nvidia and Intel. The company also launched a range of new chips during its Accelerated Data Center Premiere keynote.

AMD Could Soar Higher in the Coming Weeks

While the surge in demand is wreaking havoc on the automotive and consumer electronics industries, chipmakers themselves are well placed to benefit from the supply shortage as the world starts to realize just how important they are.

“I just think it’s going to be a golden era for semiconductors over the next two, three years,” Wedbush analyst Matt Bryson told CNBC on Wednesday, and named five stocks to buy: 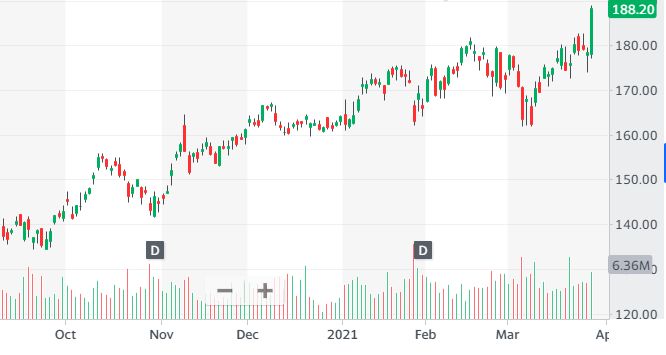 ON Semiconductor Corporation (ON) 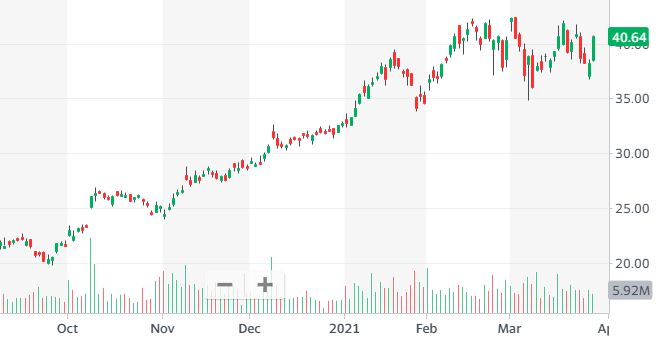 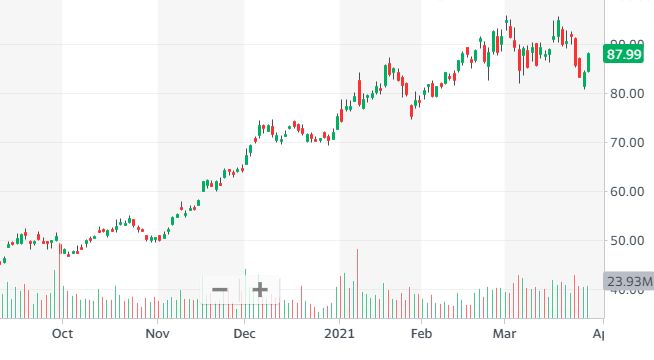 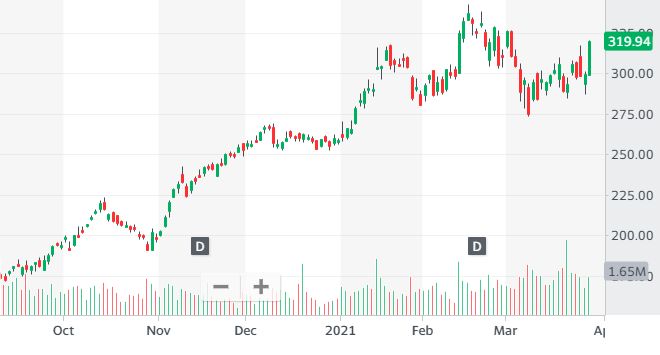 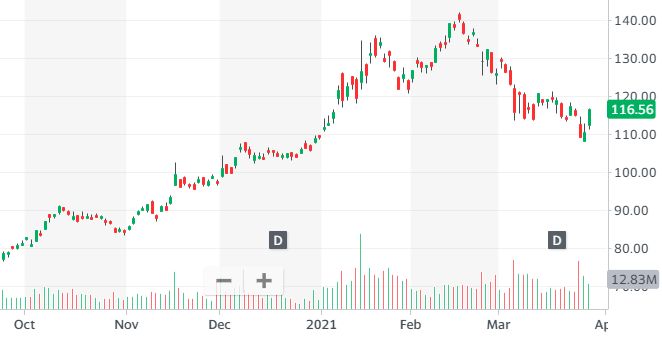 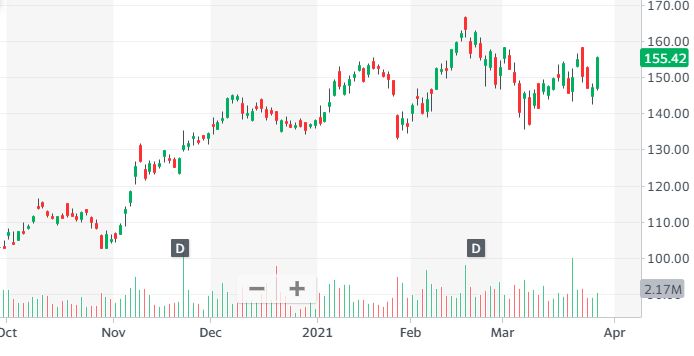 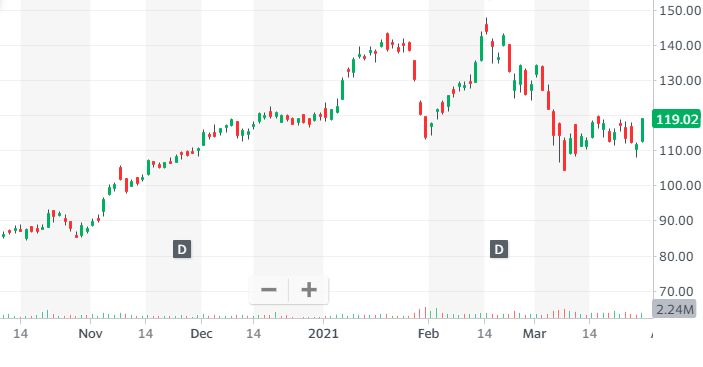 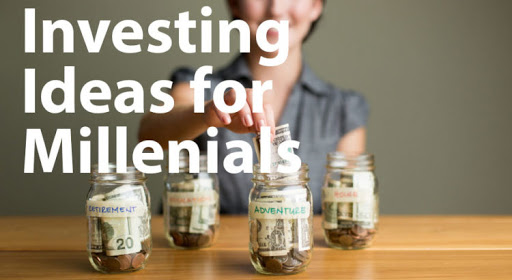 Most Profits are generating the stocks that Millennials are interested in. What they trade in order for us to make profits also. 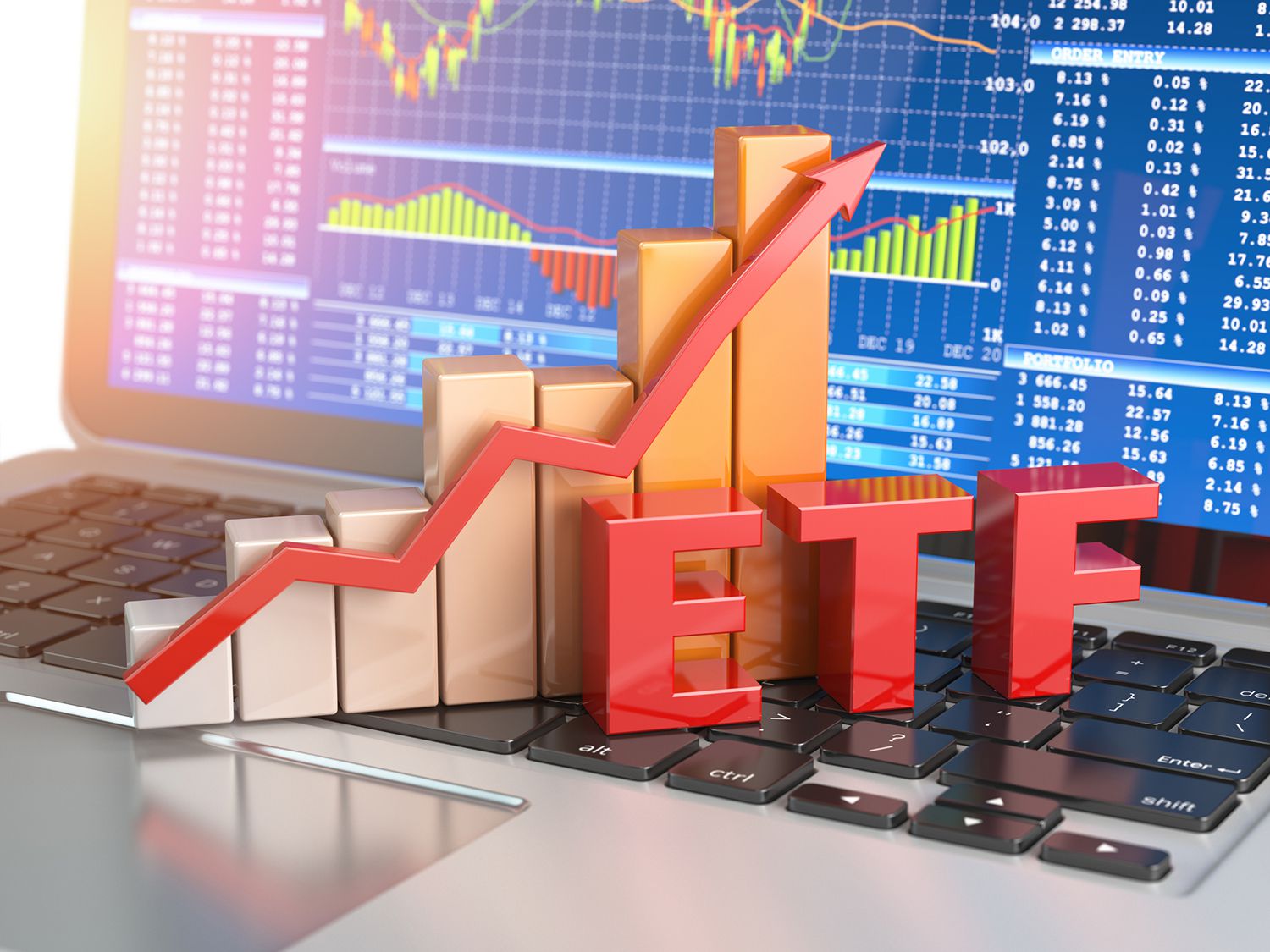 INVESTMENTS IN ETF – Can I profit from this. 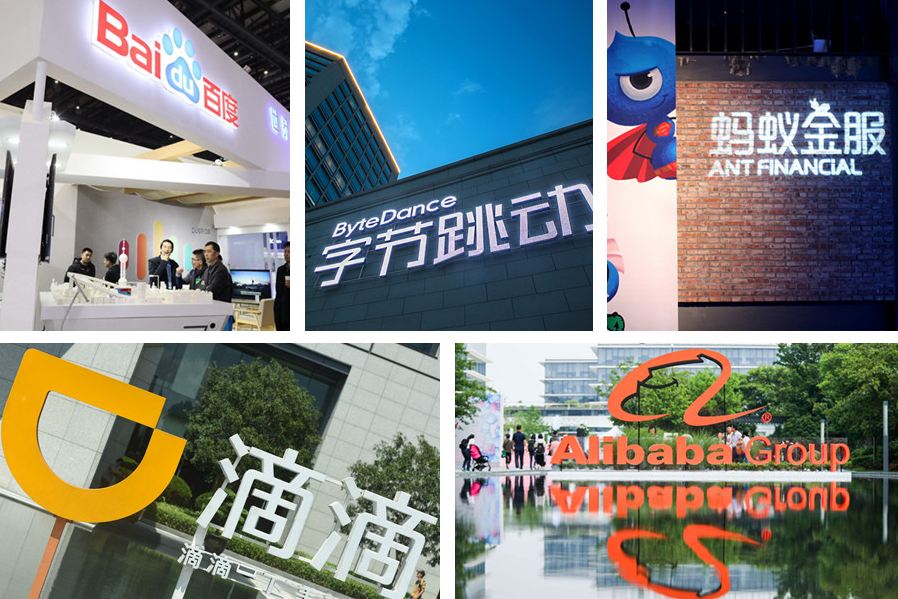 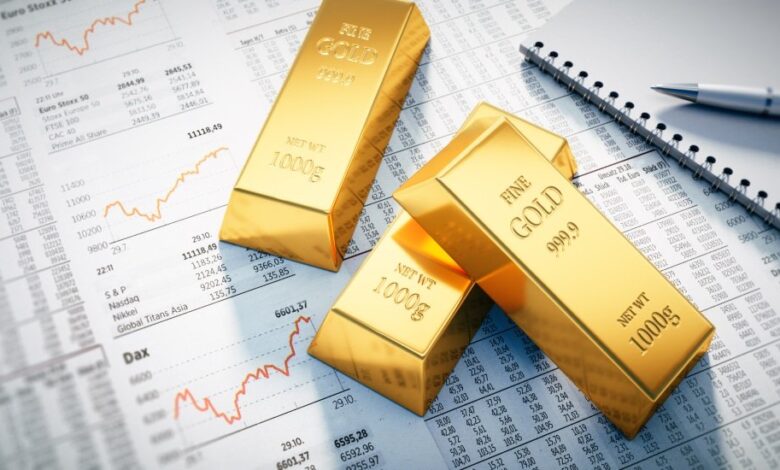 This website uses "coookies". If you continue to use it, you agree with that. You can find more information on the following link
I agree